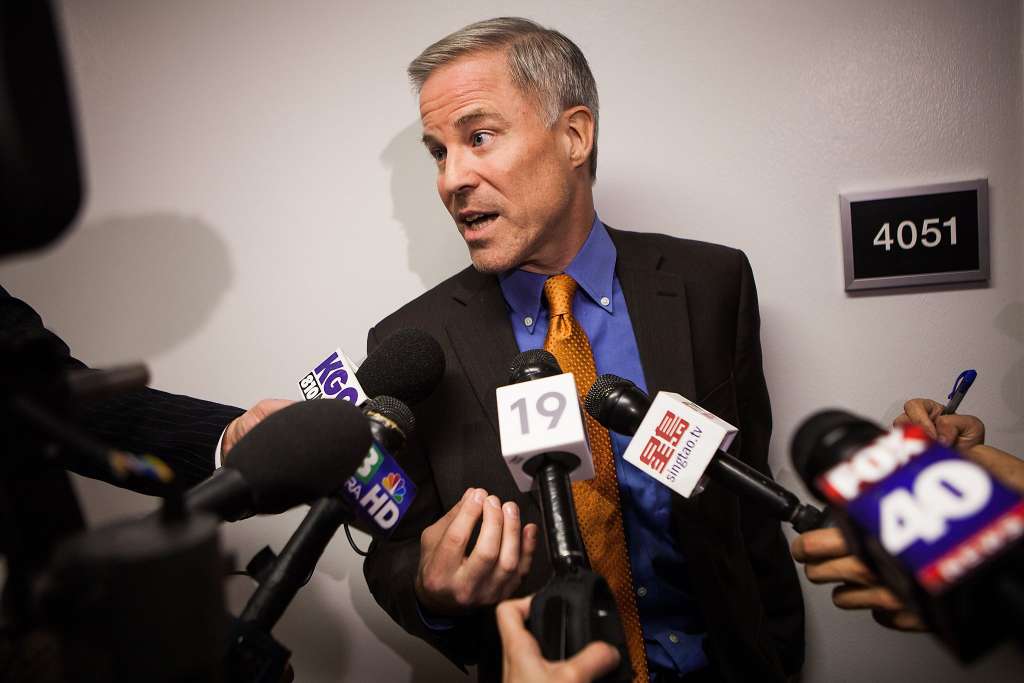 Derek Cressman is an olive grower and award-winning author who has lived in Sacramento since 2000. He worked professionally to reduce big money in politics from 1995-2016 with  nonpartisan organizations such as Common Cause and the Public Interest Research Group.

Read about his 2022 campaign for Sacramento Municipal Utility Board here.

In 2014, Derek Cressman ran for California secretary of state. Though he wasn’t elected, the legislature responded to his campaign, and the efforts of others, by referring a question to the ballot instructing Congress to overturn the Citizens United ruling—the central plank of Derek’s campaign platform.

Cressman has served as a credentialed elections observer in Somalia, El Salvador, and Florida.

When he’s not working to improve our democracy, Derek enjoys spending time with his wife and two daughters. He credits his time running marathons and mountaineering with building his fortitude to tackle obstacles of social change. He is an avid woodworker and picks at the banjo when he needs a break. Derek grew up in Colorado Springs and graduated with honors from Williams College in 1990 with a degree in political science.